Adepts of style, people with a master's degree, assistants in the style of Hung Gar Kuen given by Si Fu by Marcin Jóźwiak 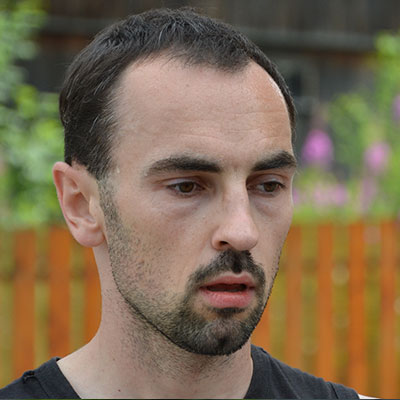 Born in 1981, a graduate of the Warsaw School of Economics. He has been training Hung Gar Kung Fu under the supervision of Si Fu Marcin Jóźwiak since 2005. During that time, he took part and won medals in Polish and international Kung Fu competitions. His most memorable experience was taking part in the 80th birthday show for Si Tai Gung Chiu Wai. In addition to training, he is an IT manager at Procter & Gamble and a competitive data scientist. 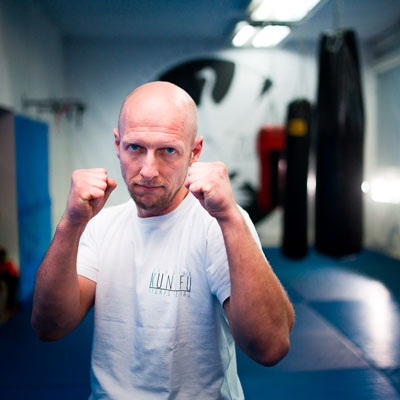 Born in 1976. He has been involved in martial arts for over 20 years. In 2005, he began training at the Traditional Hung Gar Kung Fu Academy led by Si Fu Marcin Jóźwiak. From that moment on, his fascination with traditional Kung Fu in the Hung Gar Kuen system began. In 2010, he was awarded the degree of assistant / Si Hing by Si Fu. In 2014, he received the master's degree / Si Fu from Marcin Jóźwiak, the master of Hung Gar Kuen Si Fu style. In the same year, he decided to set up his own school under the name of the Kung Fu Tiger and Crane Academy, in which he continues the traditions of the Hung Gar Kuen system. She is fascinated by the physical development of a human being constantly expanding her skills. In 2018, as one of 20 people in the world, he was awarded the title of Animal Flow Master Instructor. In 2020, he joined a small group of Fighting Monkey instructors. In addition to Kung Fu, she loves traveling, mountain hiking and gravel riding. 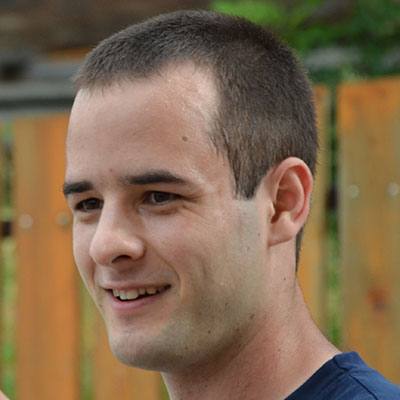 Born in 1986 in Warsaw. In 2011, he received a master's degree in engineering at the Faculty of Civil Engineering of the Warsaw University of Technology. Hung Gar Kung Fu has been training at Marcin Jóźwiak's Si Fu academy since 2005. In 2012, he received the degree of assistant (Si Hing) from Si Fu. In 2014, he learned about all forms of the system, becoming an adept and master of the Hung Gar style. He works at the Warsaw University of Technology, where he is writing a doctorate in the field of soil mechanics and numerical modeling of construction issues. His interests, apart from Kung Fu, include photography and sailing. 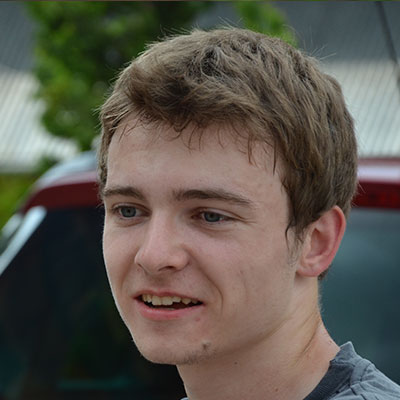 Born in 1992, he has been training Hung Gar since November 2008. Hung Garu training is for him a way to de-stress, improve physical fitness, learn to defend himself and others, and train his character. It occupies an important place in personal development, having a huge impact on everyday life outside of training, and is also an opportunity to meet many interesting people. A graduate of the Faculty of Physics at the Warsaw University of Technology, he is an active member of the Physicists' Science Club, reads fantasy and goes skiing. He associates his future with a scientific career in the fields of plasma physics and thermonuclear fusion. 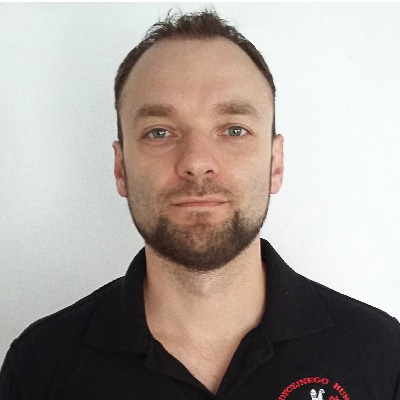 Master of the Hung Gar Kuen style. Born on November 15, 1983. He has been involved in strength sports since 1999. Inspired by martial arts and the culture of the East, in 2009 he began his education at the Traditional Hung Gar Kung Fu Academy under the supervision of Marcin Jóźwiak. He immediately felt that this was what he was looking for. In 2012, he completed a self-defense instructor course at the Polish Academy of Sport. In 2016, he became an adept of the style and received from Si Fu Marcin Jóźwiak the rank of black sash (master of Hung Gar Kuen). In the same year, he decided to open his own school, called Tiger Claws Kung Fu Hung Gar Kuen Academy, to further spread the martial art that changed his life. He attended a seminar led by Si Tai Gung Ambrose Chiu Kwok Keung. Privately, he has been working in trade for 15 years. Currently, he works with a large trading company as a Field Force Manager and has been successfully managing human resources for several years. In addition to Kung Fu, he is passionate about team, Olympic and strength sports. He claims that any physical movement is good as long as it is done in the right way. He is also interested in film, book and DIY, mainly in the garden. 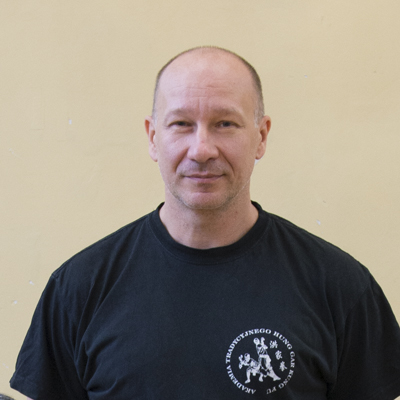 Born in 1970. Former non-commissioned officer of the Polish Army and former functionary of The Government Protection Bureau. His martial arts journey started with Karate Kyokushinkai, Aikido and Wing Chun kung fu. He’s been training Hung Gar since 1995. He was polishing his skills while visiting USA and China, and he’s been training Hung Gar Kung fu under the supervision of Si Fu Marcin Jóźwiak. He participated in the show celebrating 80th birthday of Si Tai Gung Chiu Wai in Hong Kong. Exploring the secrets of Hung Gar kung fu is his way of living. He willingly shares his knowledge with others. He’s fascinated by Chinese cuisine and photography. In his free time, he enjoys travelling. 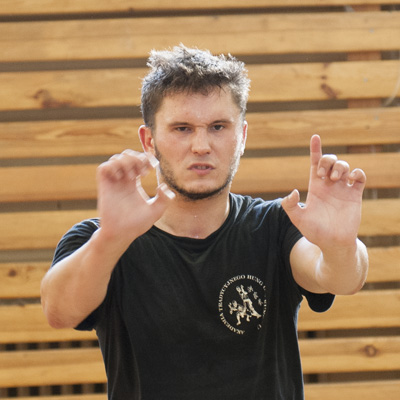 Born in 1986. He studied, among others Cultural Anthropology and Sinology at the University of Warsaw. Far Eastern culture is his passion, which he acquired during training at the Hung Gar Academy. He has been training in it since the age of 17. In addition to martial arts, he is also interested in foreign cultures, military, literature and traveling to the wild corners of the globe. 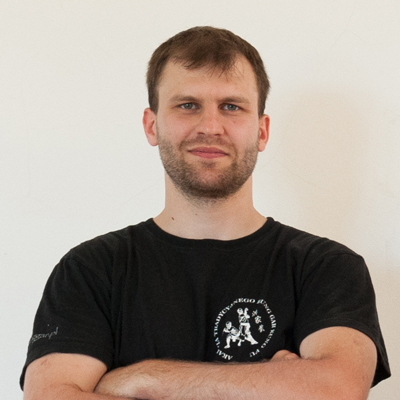 Born in 1984 in Warsaw. In 2008 received M. Sc. degree in Computer Science with honors from Faculty of Electronics and Information Technology, Warsaw University of Technology, Poland. In 2015 received a Ph. D. degree in Computer Science from Institute of Control and Computation Engineering in the same faculty. He has been training Hung Gar Kung Fu in Si Fu Marcin Jóźwiak's academy since 2009. In 2015 he received from Si Fu the assistant degree (Si Hing). Currently working as a software developer, researcher and software architect. He is practicing Hung Gar Kung Fu for health reasons, and out of passion trying to transfer the perfectionism specific to Kung Fu to other life areas. Beyond Kung Fu his interests include: software development, artificial intelligence, music (playing drums in particular), sailing, TV series and board games. 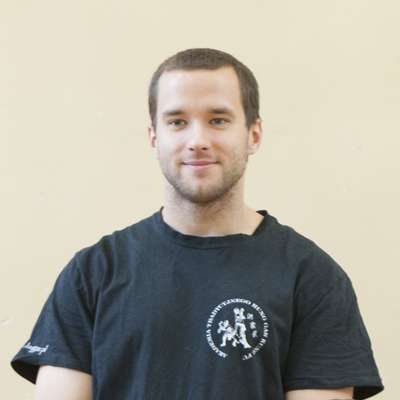 Born in 1989. In 2014, he graduated from the Faculty of Animal Sciences with a master's degree in engineering. His adventure at the Traditional Hung Gar Kung Fu Academy began in 2008. Over time, it turned into his passion, which he perfects in every free moment. Hung Gar became for him a way of broadly understood physical and mental development, not forgetting about the skills of effective self-defense. In addition to kung fu, his interests are related to the breeding of exotic animals, natural sciences and the development of knowledge in the field of animal production, with which he has a professional future. 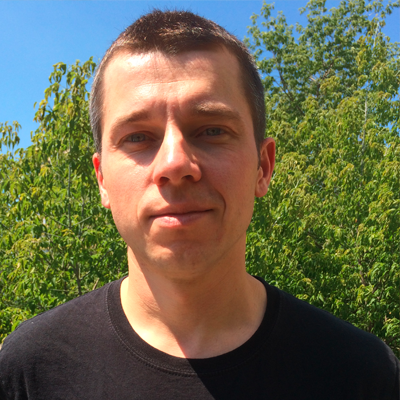 Born in 1982 in Warsaw. A graduate of the Warsaw School of Economics and IT at the Faculty of Electronics and Information Technology of the Warsaw University of Technology. Hung Gar Kung Fu has been training at Marcin Jóżwiak's academy since 2007. Kung Fu training is a way for him to maintain health, overall physical development, and work on character and regularity. Apart from training, he is a project manager at Procter & Gamble, he is also interested in photography, sailing, diving. 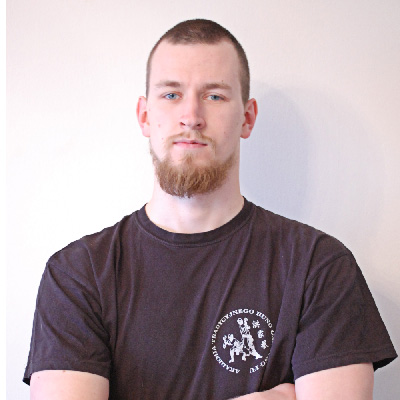 Born in 1990, he is a student of the Warsaw University of Life Sciences. He has been training Hung Gar Kung Fu style at the Academy since he was thirteen. He started to train, wanting to learn self-defense, and find something to do in his spare time. As he has always been interested in the culture of the Far East, Kung Fu, shrouded in a fog of mystery, was a perfect fit. Currently, Hung Gar Kung Fu is an integral part of his life for him. I train for self-improvement (not only physical!), But also to get to know the whole system and pass it on in the future. 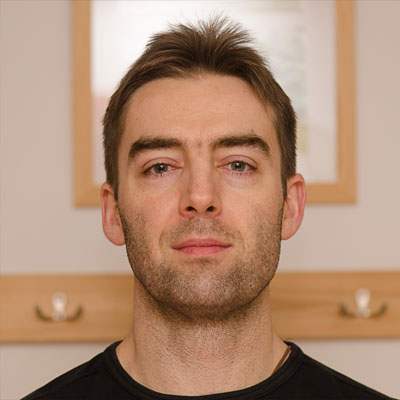 Born in 1976 in Warsaw. A graduate of the Higher School of Economics, in the field of foreign trade, which he graduated in 2000, with a master's degree. He has been training martial arts since 2001, and began training at the Marcin Jóźwiak Academy in 2003. Participant of many seminars and camps organized by the Academy. In 2016, he obtained the Si Hing degree. Kung Fu workouts are for him a form of self-development in overcoming his limitations, and a way to maintain good health. In addition to Training Hung Gar, he is interested in fantasy literature, DIY, military, and astronomy.